I can be contacted by email or telephone using the details below.

You can also sign up to my mailing list to find out about all my latest tour news, festival appearances and everything else I'm involved in.

If you have queries regarding your order from the shop or any other general enquiries, please email info@andrewroachtalent.com

I am available for comedy gigs, charity/corporate events, motivational speaking, feature writing, script writing and more. If you think I can help you out, please feel free to get in touch.

I won Britain’s Got Talent in 2018 and the BBC New Comedy Award in 2014. My other credits include America’s Got Talent: The Champions (NBC), Live At The Apollo (BBC Two), The Royal Variety Performance (ITV),  I Just Called To Say… (Sky Arts), Comedy Central At The Comedy Store (Comedy Central UK) and two series of Ability (BBC Radio 4) which I co-wrote with Katherine Jakeways.

View a full list of my television and radio credits.

My first book, I’m Only In It For The Parking, was published in May 2019 by Transworld.

I have told jokes/given motivational speeches for a range of charities and organisations including Sainsbury’s, Barclays and The Royal College of Nurses.

I am also an ambassador for Scope as well as being a patron of Smile For Life Children's Charity, Find A Voice,Communication Matters and The Sequal Trust.

With a background in journalism, I have written for the BBC, Huffington Post, Scope,  Newcastle Chronicle, Sunday Sun and more. 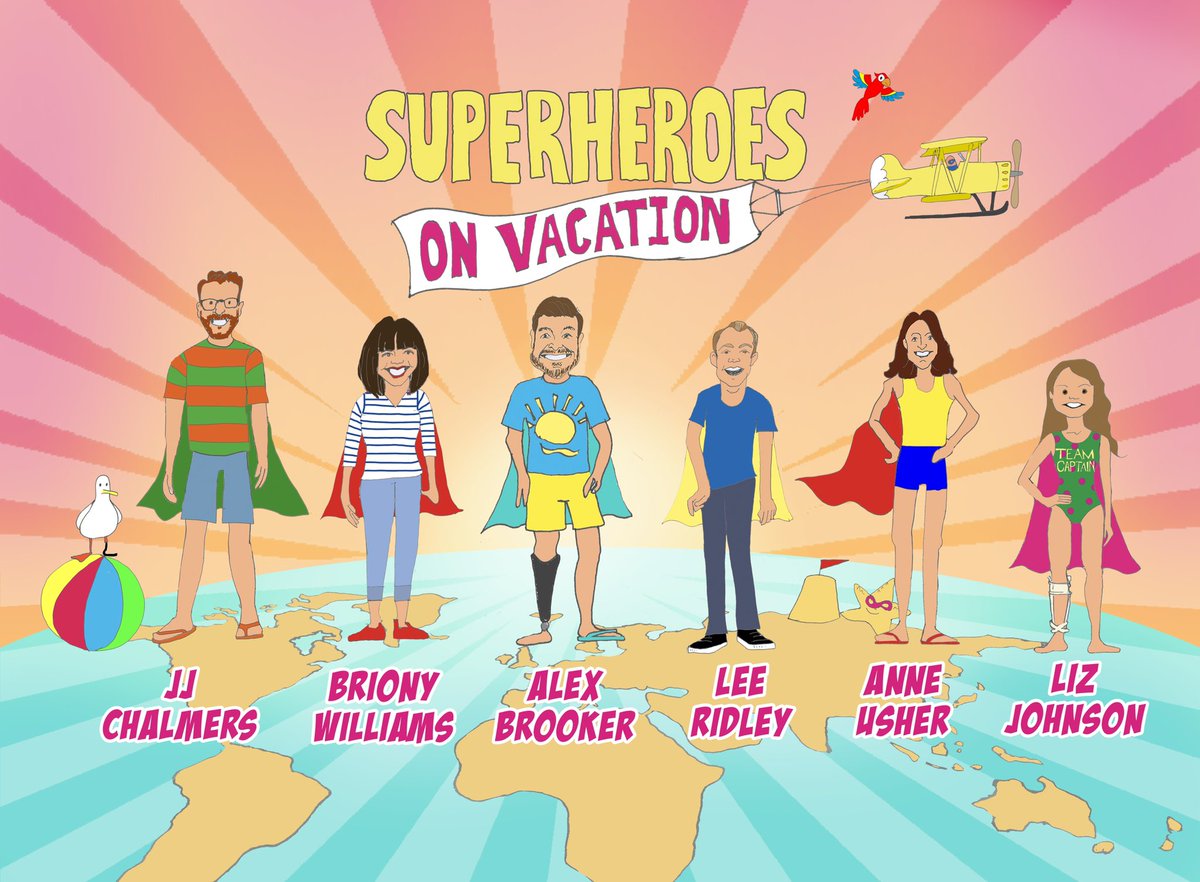 BOOM!! @LostVoiceGuy loved leading a Super Team in the last event so much that once again #TeamLee will be joining our other 5 Super Team Captains for Superheroes on Vacation!! Who wants to join #TeamLee?? http://www.superheroseries.co.uk #findyourpower #athomesuperheroes

Looking forward to being part of this tonight!

Last chance for you to get tickets for Comedy & Cocktails tonight - raise money for Pathfinders while watching some great comedians https://www.eventbrite.co.uk/e/156268528375 with @LostVoiceGuy @TheRStott @TheGMorrell and @VarietyD - can't wait to see you there

Its a #comedy spectacular at @prestguildhall on the 21st June!

Age yourself with a store. I'll go first: Radio Shack

#ComedyandCocktails is almost here! It’s tomorrow at 8pm and it’s must see! @LostVoiceGuy of BGT fame is going to be the headliner! He'll be joined by some other funny guests as well. Click on the link to get your tickets! https://www.eventbrite.co.uk/e/comedy-cocktails-a-pathfinders-neuromuscular-alliance-fundraiser-tickets-156268528375

This looks great if you’re looking for something to do this weekend! 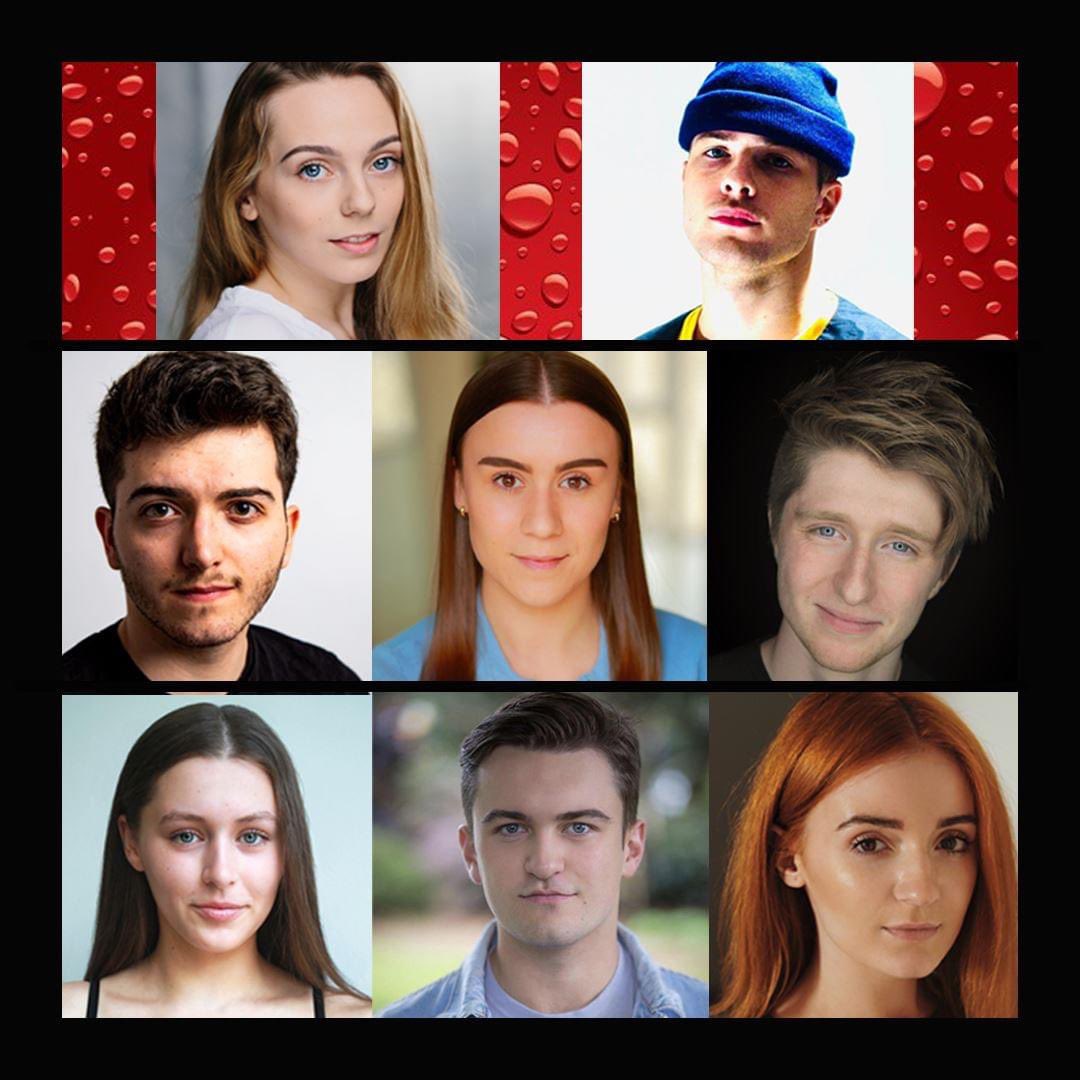 Tonight may be SOLD OUT but there’s still seats left for Cherryade Supernova this Sat & Sun. Come see this new writing by @AndrewFinnigan_ & directed by @AbigailLawson. Plus, tickets are Pay What You Decide!

Oh dear! Disaster always strikes when you’re trying to win! You go on ahead #teamlee while I wait for the RAC @SuperheroTri @MarvelUK 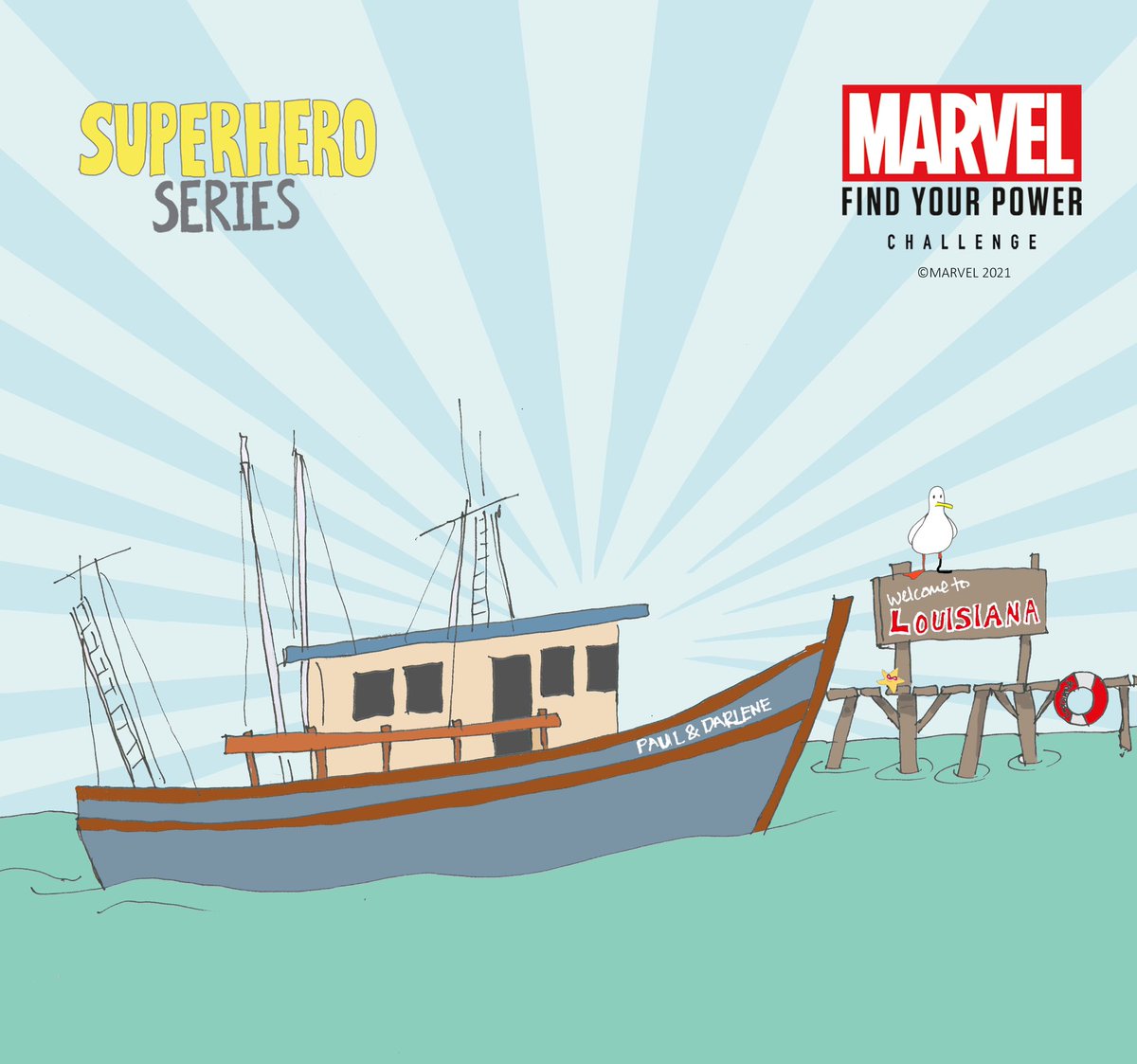 Superheroes Assemble! NEW MISSION ALERT! If you’ve reached the Avengers Tower we want you to deliver the Marvel Lore to Louisiana! That’s an additional 2,000km. Do you accept your mission?! #findyourpower @rhiannonclem @LostVoiceGuy @_JordanJBryan @sophmorgTV @brionymaybakes 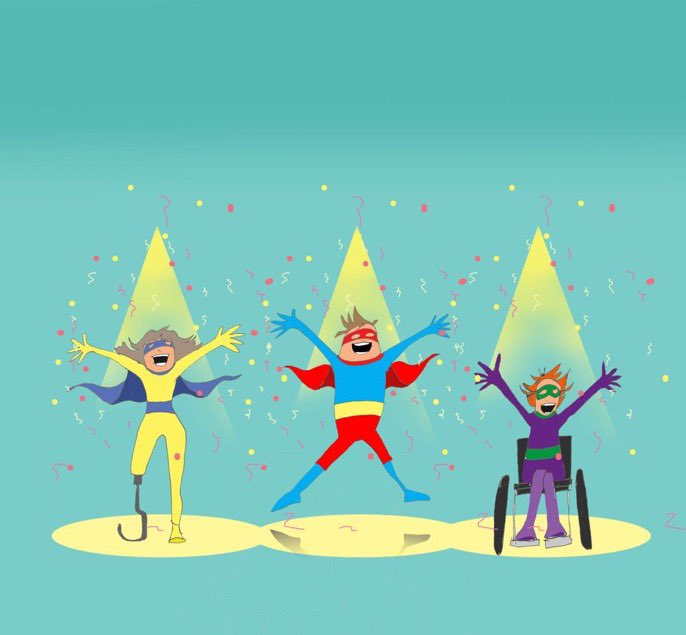 Loved being back at work last weekend! Such a buzz to be making people laugh again. @GleeClubNotts

Just found out that some mad (but glorious) bastard has updated Sensible World Of Soccer for the current season. If you need me, I’ll be busy being a goal scoring superstar hero!

Adding a few more KMs onto our total. Come on #teamlee, we’ve got this! @SuperheroTri @MarvelUK 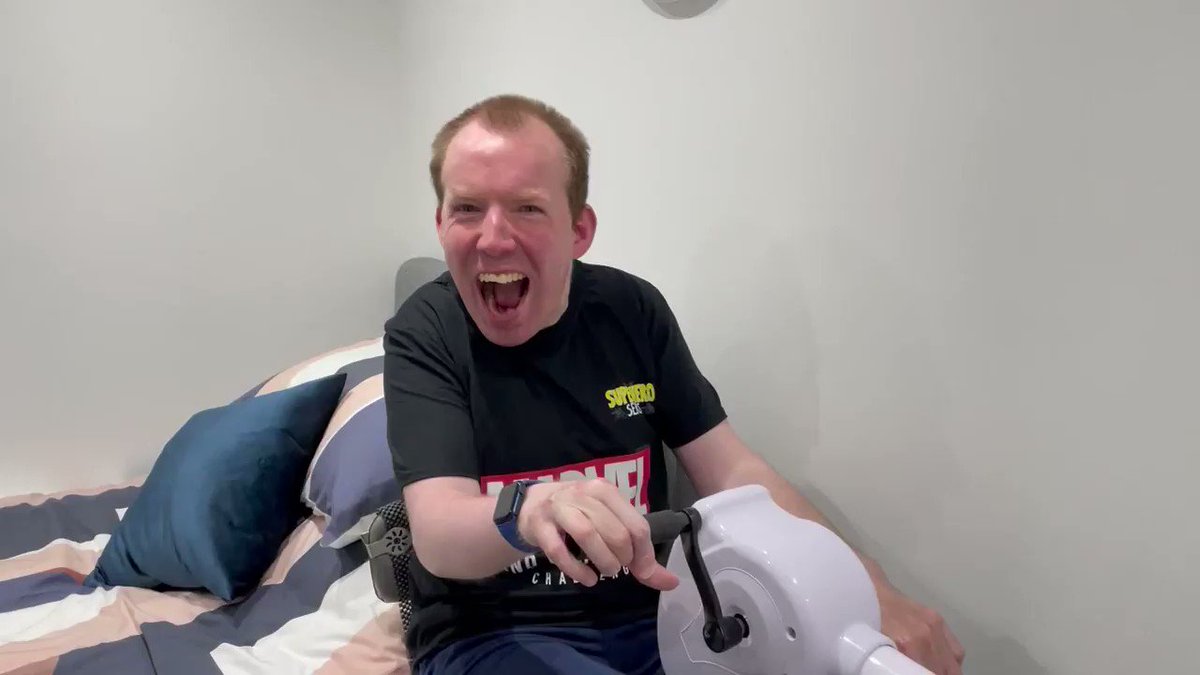 We can do this! #teamlee 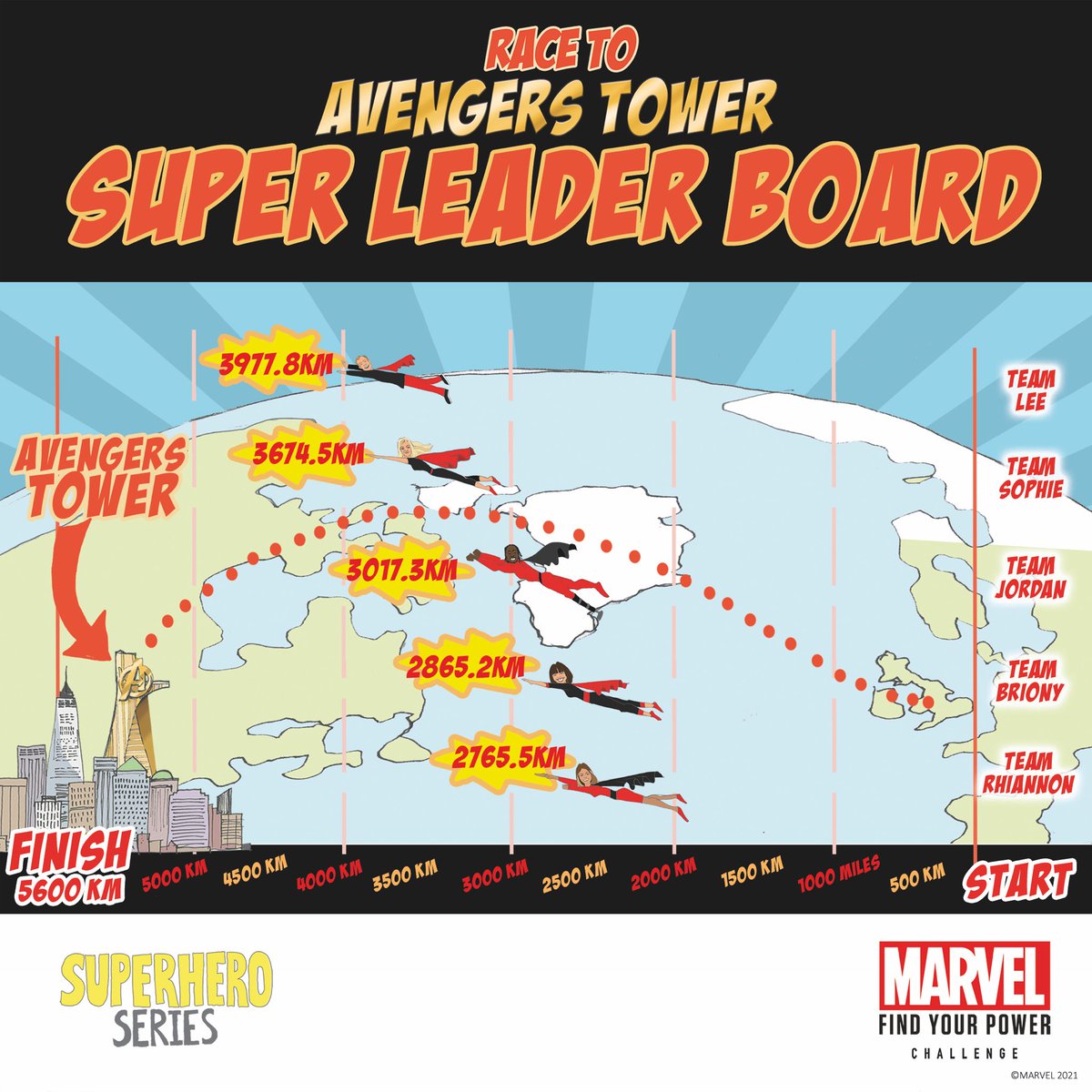 WOW!! Superheroes & Sidekicks you’re simply Super powering your Super Team Captains across the Atlantic!! @LostVoiceGuy #TeamLee has taken back the lead. Let’s make sure we give the teams behind some Superpowers. @sophmorgTV @rhiannonclem @_JordanJBryan @brionymaybakes @MarvelUK 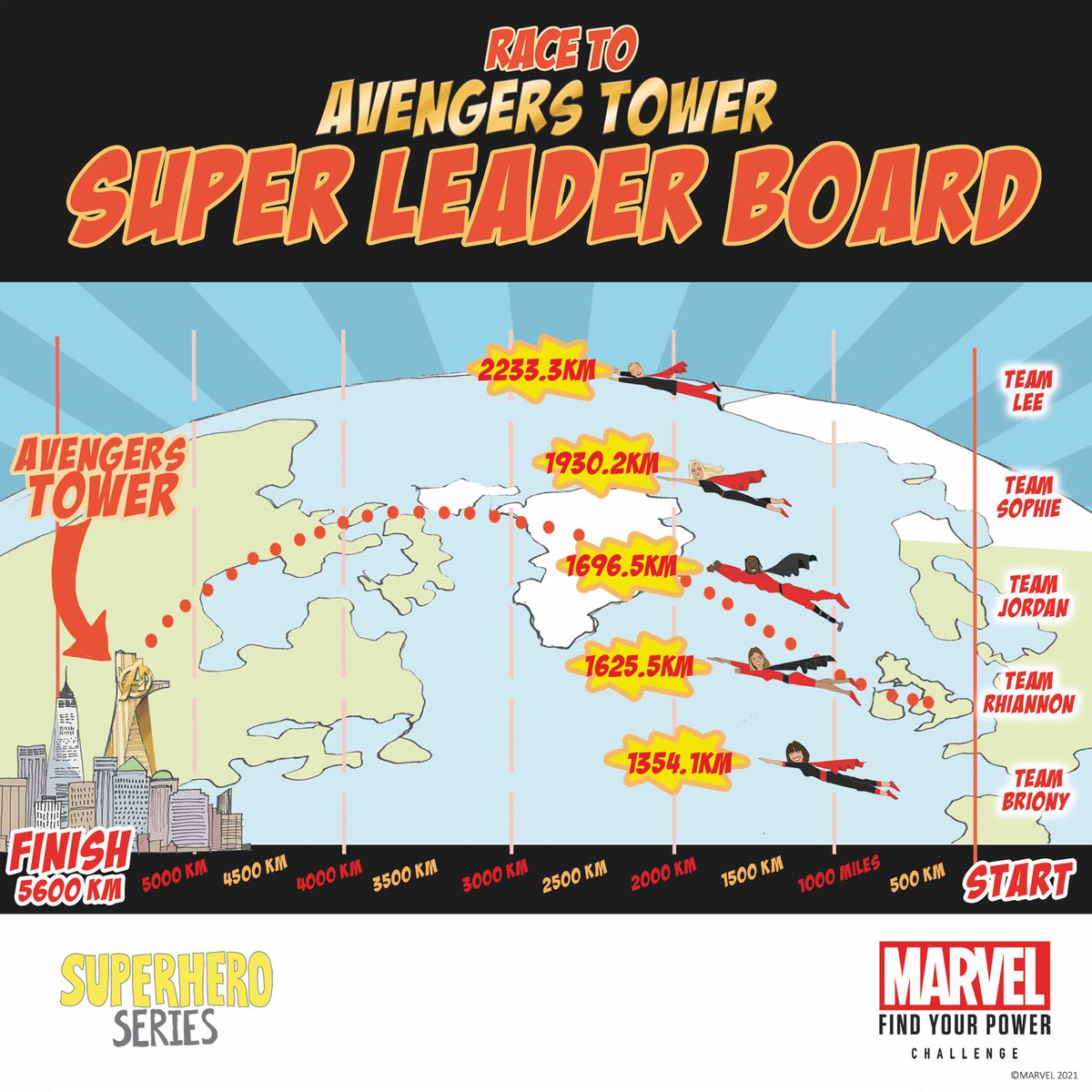 That’s my team! Keep it up #teamlee 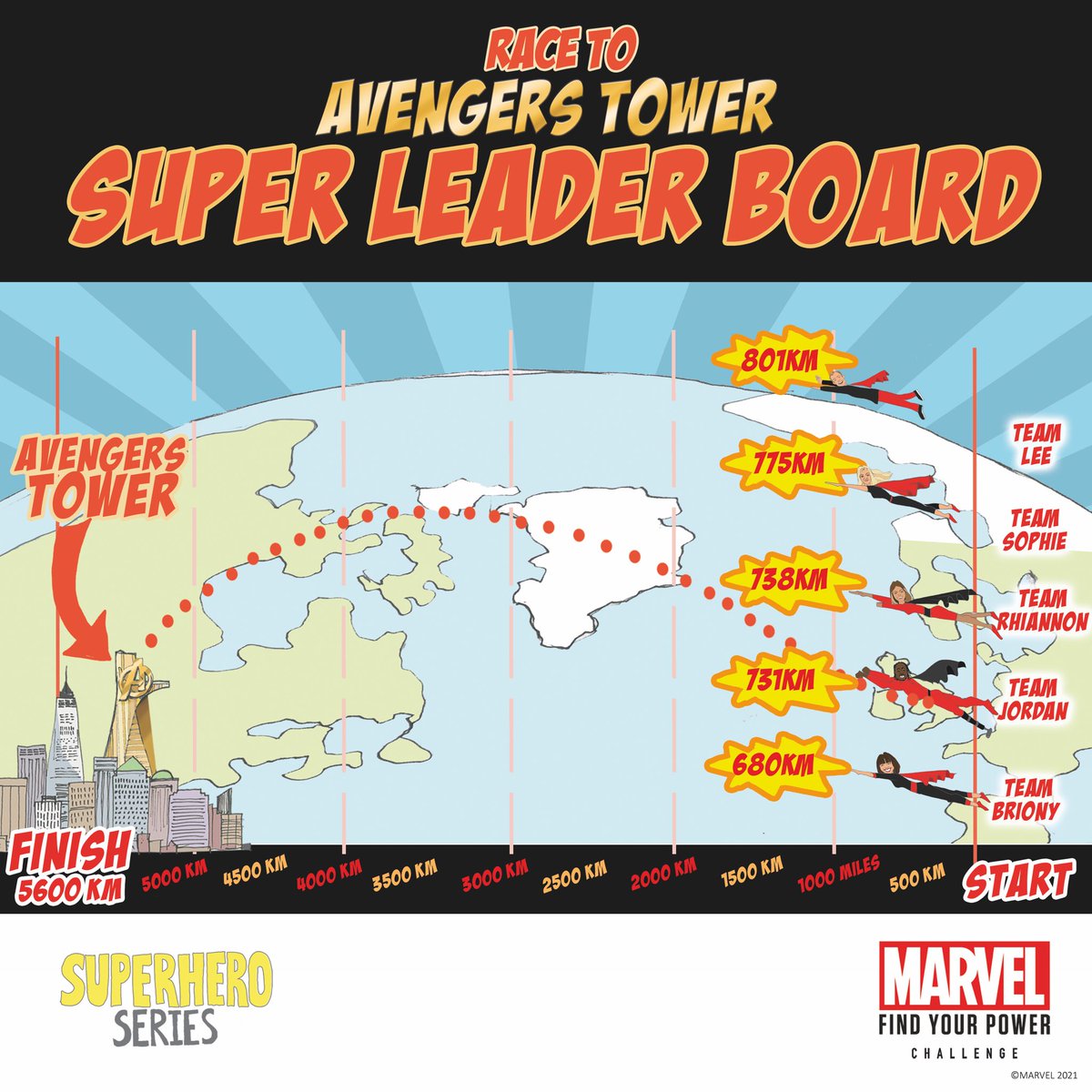 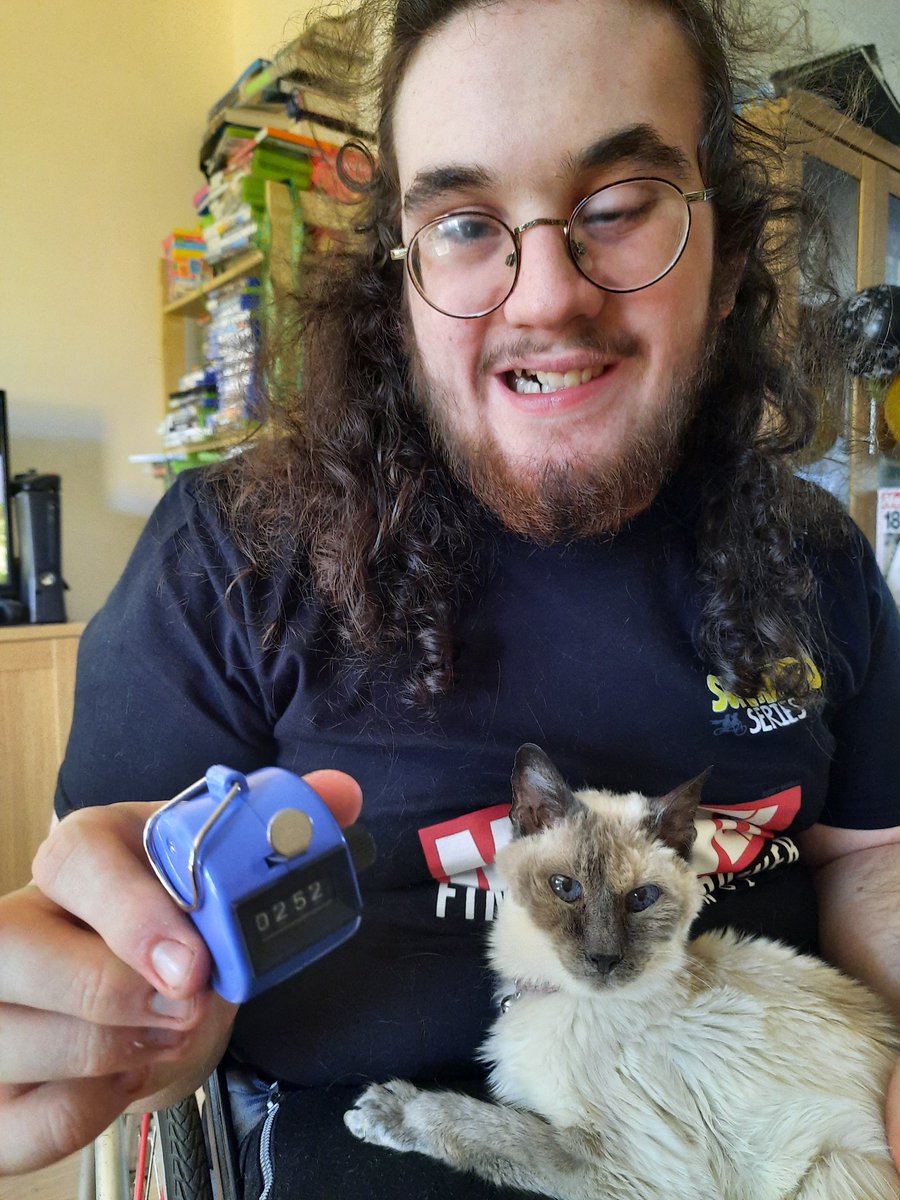 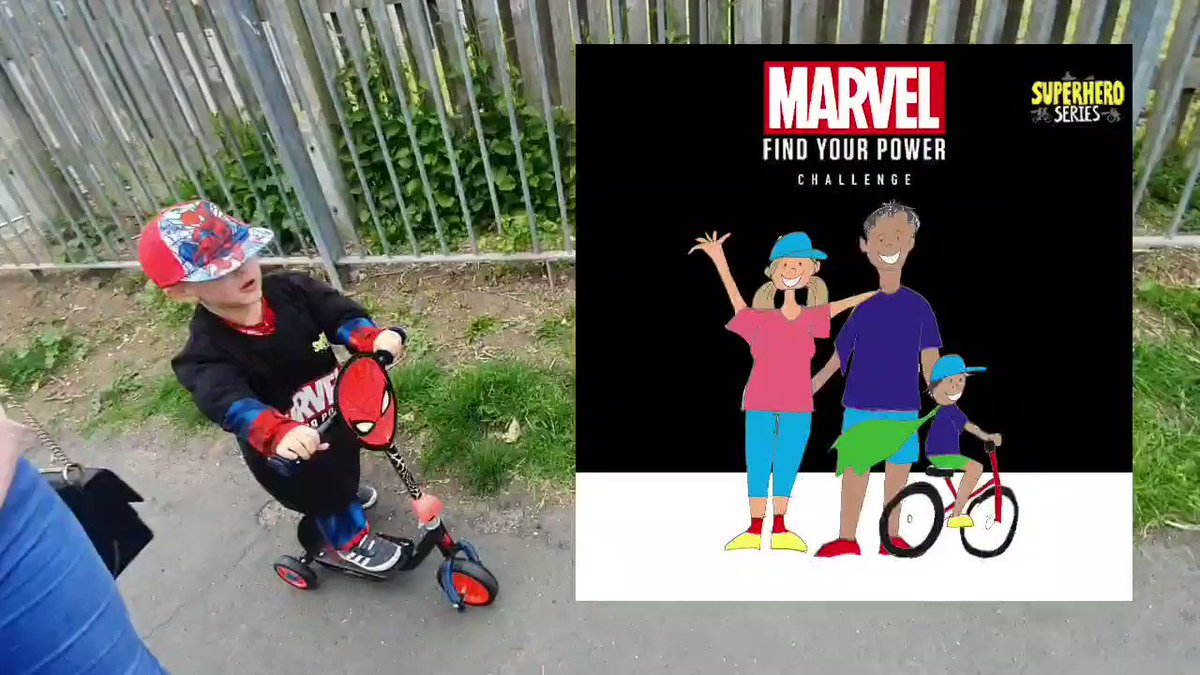 The time has come to #findyourpower! Good luck to everyone taking part in the @SuperheroTri race to Avengers Tower this week. I'll see you at the top. Come on #teamLVG, we can beat them all! @MarvelUK 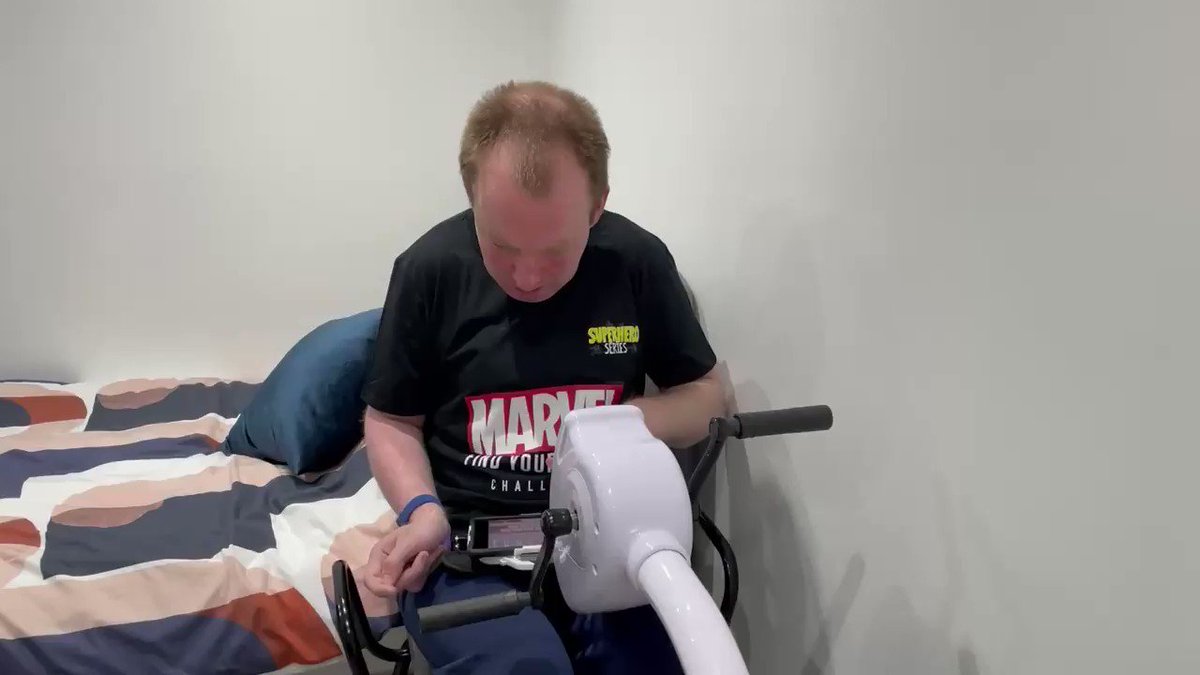 Loved being back at work last weekend! Such a buzz to be making people laugh again. @gleeclubnotts ...

The time has come to #findyourpower! Good luck to everyone taking part in the @superhero_series race to Avengers Tower this week. I'll see you at the top. Come on #teamLVG, we can beat them all! @marvel_uk ...

Loved being back at work last weekend! Such a buzz to be making people laugh again. @gleeclubnotts ... See MoreSee Less

This came up as a memory on my phone today , the original pic was from the West park pub comedy night probs around about 10 yrs ago . Glad to see ye back in the swing of things .

We would absolutely love for you to come to the United States! You should visit the Smoky Mountains National Park, and see if the Comedy Barn in Pigeon Forge, Tennessee would have you! They’re all about some clean, family comedy! ❤️

A previous post came up as a memory for me saying how delighted I was when you won BGT. You opened a gate for others too and here you are, a top comedian with a huge following

So glad you're back l.v.g, I've missed you

About time you lazy sod 😆🤣😂

The time has come to #findyourpower! Good luck to everyone taking part in the Superhero Series race to Avengers Tower this week. I'll see you at the top. Come on #teamlvg, we can beat them all! Marvel ... See MoreSee Less

You are legend sir good luck to you

There is a girl ready to rock

All power to you.

Should I be worried?! ... See MoreSee Less

It cured my CP! I couldn't sodding move out of bed and lost 6 days each time aside from that, despite the urge to start running and singing all normal, aside from being as blunt! The only issue was I started talking to myself and got some near foolproof responses... How does one shout in BRAILLE? If I didn't have CP would I be 6ft 2 and half beautiful with four kids and two failed marriages and mortgage arrears? When I wake up stiff each morning would it only be my erection? If they slipped with my Botox would I be a life sized Ken? Plus would the department of Woeful Problems still require proof I wasn't cured? Would I have zero anxiety and depression issues? Above all merely satire and total respect to everyone regardless. Respect matey! Could I get on stage infront of millions no... Do I count my lucky stars the CP is luck of the draw yes... I was lucky not to have half the issues, despite having bladder issues now and a fear of the general public at least I have a valid reason to adjust myself and yes each time I past a mast it glows!

Has your speech-bot been vaccinated!, if so don't worry! 🤔😂😂

Only if you get a redneck accent

You underlined that really , really well 😀 <3 Love you, you're too much 😀

It's the "growing a third eye" that you should REALLY watch out for!

Mmm, I mean, this would present a problem, have a great day Lee and Co..

Lmfto classic where there is a claim there's blame 🤣🤣🤣xx

I've ended up with Bell's Palsy after mine! 🤷🏻‍♀️

Only if it gives your typing doodad a computer virus.

Couldn't help but snigger at that one... The possibilities of hamming that up are endless!

I bloody love your sense of humour 🤣

As long as your pad does not start talking jordie 🤣

Maybe if you can suddenly start talking again! 🤔🤔😂😂

Maybe you’ll get the opposite??

You do make me laugh 😂 I think you’re brill x

Just a computer glitch. Should be fine.

Only if your iPad starts to stutter 😉

Drink too much and you will get the one above too 😉

Yes, it’s to do with the microchips that Bill Gates put in the vaccine 💉

What theatre was this shot at?

Such a funny guy and such an inspiration. Loved Lee's audition. Welldone Lee. xx

Oh my goodness... I still LOVE this audition. My daughter and I saw him in Edinburgh as part of the Fringe festival 2 years ago and he was just hysterical. Honestly... I felt like I laughed for hours. it was exactly the tonic needed. Special forces!!! 🤣🤣🤣🤣🤣🤣

From the moment I saw you, you were my winner, it has been an absolute pleasure to see the nation taking you to their hearts. Just goes to show you should never judge a book by it's cover, you are not just a funny guy you are a great ambassador for people who are normally looked upon as different. My total respect to you buddy.

This still makes me cry with laughter, such raw, incredible talent! You really are one of a kind!!! Keep up the incredible work mate, hope to see you again in stage very soon 👏👏👏

You're bloody brilliant Lee, seen you a few times now & your hilarious, read your book too & you were kind enough to sign it, can't wait to see you again. You were my favourite to win.

Still one of my absolute favourites 🥰

One of my favourite auditions!!! ❤️👏

When are you coming to London!? ❤️

Luved u at your audition, luved u when u came 2 Braintree & still luv u now. U always make me laugh. X

I can watch this over and over again. I get good laugh out of it.

Never got tired of this it brilliant. Thank u my friend

have seen this gig already several times. it never gets boring.

Hey Lee how's it going fella your a legend

Benny Hill has nothing on us! ... See MoreSee Less

Haha, I've done that with my brother on his chair, we managed to go off roading too, 4mph power time!

I still hear Benny Hill music when I watch that.

LOL 😂 thanks for the giggles mate 👍 As needed it I had some bad news about a fave local skating center that just closed down and it hurt bad 😭💔 as I have a lot of memories there since the 1980s and it just turned 44 years old too so sad end of an era. But needed a good laugh and it just what I need so BIG THANKS to you Lost Voice Guy xoxo from Melbourne Australia.

Mad as a box of frogs! Love it!

Me after the pub

We've signed up, would love to be on your team!

I've signed up. I'd be honoured to be your team mate

I'm signed up and got my pack today xx

I think toddler trump and his mob of idiots should take Elvis's place. We all prefer Elvis, right??

Elvis never had to pay for sex! 😂

Trump is obviously all shook up over this situation.

I don’t see this being funny

What an insult to the king