The tabs below lead to a short biography, quotes and links to hi-res images for media use.

Lee Ridley AKA Lost Voice Guy may not be able to talk but he definitely has something to say and his comedy will leave you speechless.

Lee won Britain’s Got Talent in 2018 and the BBC New Comedy Award in 2014. Lee’s other credits include America’s Got Talent: The Champions(NBC), Live At The Apollo (BBC Two), The Royal Variety Performance (ITV),  I Just Called To Say… (Sky Arts), Comedy Central At The Comedy Store (Comedy Central UK) and two series of Ability (BBC Radio 4) which he co-wrote with Katherine Jakeways.

View a full list of his television and radio credits.

Lee’s first book, I’m Only In It For The Parking, was published in May 2019 by Transworld.

Lee has told jokes/given motivational speeches for a range of charities and organisations including Sainsbury’s, Barclays and The Royal College of Nurses. He is also an ambassador for Scope as well as being a patron of Smile For Life, Find A Voice, Communication Matters and The Sequal Trust.

"Finding humour in strange places is one of Lost Voice Guy's strengths."
- The Guardian

"An Edinburgh Fringe one-off. Think Stephen Hawking reading the BBC News in the 1950s via a device programmed by the writers of the Viz."
- The Herald

"The funniest comedian at the Edinburgh Fringe. His banter with the audience is one of the best I have witnessed."
- Broadway Baby

"Lost Voice Guy has proved himself as a good act."
- Chortle

Retweet on TwitterLost Voice Guy - On tour in 2022. Link in bio Retweeted

You can vote for Lee & lots of other deserving nominees, here: https://nationaldiversityawards.co.uk/nominate/32793/

Congratulations to Lee Ridley @lostvoiceguy who has been nominated for the Celebrity of the Year Award Award at The National Diversity Awards 2021. To vote please visit http://nationaldiversityawards.co.uk/nominate #NDA21 #Nominate #VotingNowOpen

Delighted to be nominated for Celebrity Of The Year at the National Diversity Awards. Vote for me at via @ndawards

Congratulations to Lee Ridley (Lost Voice Guy) @lostvoiceguy who has been nominated for the Celebrity of the Year Award Award at The National Diversit... 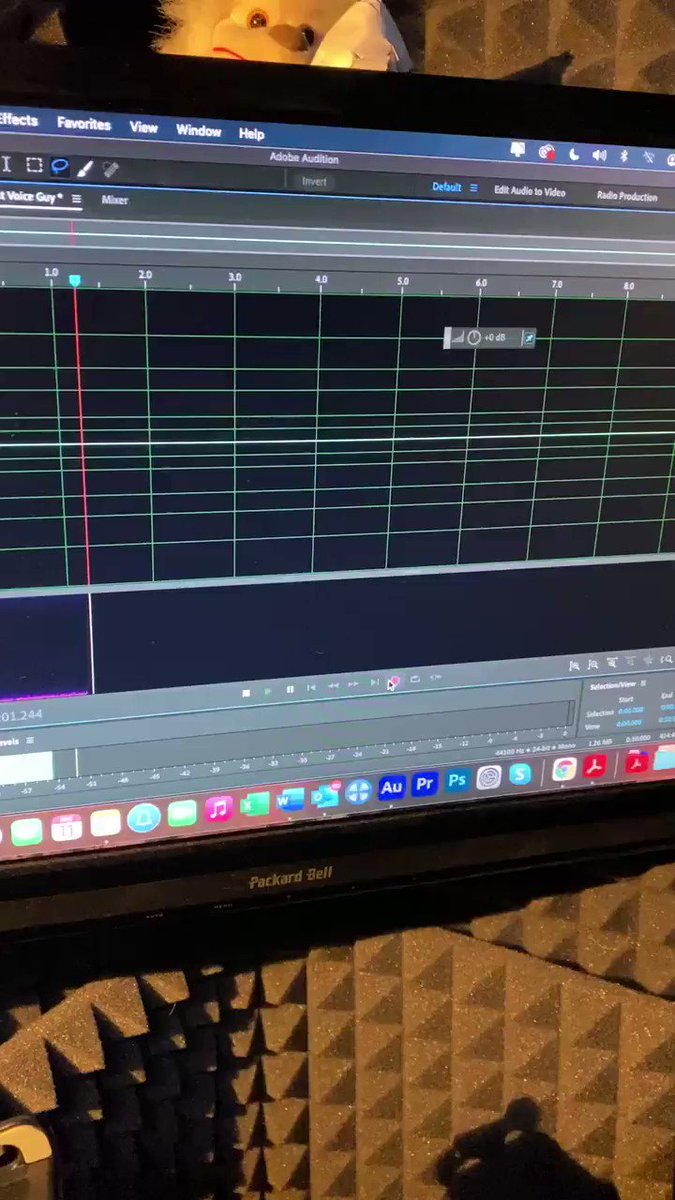 The @BBCiPlayer is taking the piss again....

Discount codes for Summer season just been emailed out too!

Tonight is the night! 📣

Frost vs Nixon, Tyson vs Bruno, England vs West Germany, Blur vs Oasis, Exotic vs Baskin, Brian from East 17 vs a baked potato.....they've all got nothing on Lost Voice Guy vs @ImLeeKyle. Coming this Saturday... 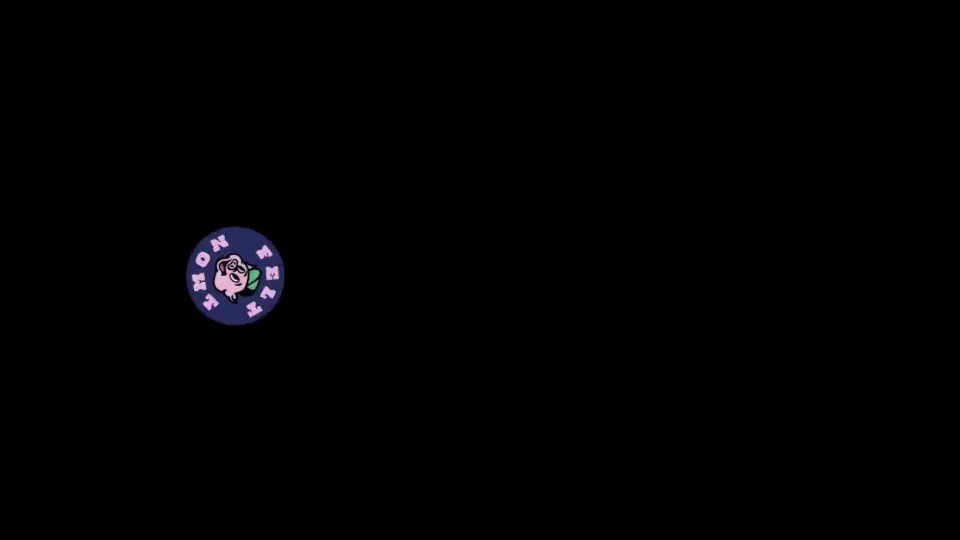 Here is comedian, rapper and host for the evening @JackFox_710 to tell you about how the night is going to work and what match ups to expect
Tickets - https://feltnowt.co.uk/events/41/

You can see the hilarious @TheGMorrell, @MattHossComedy and @VeganLuke too, from the comfort of your sofa! 🛋

🎫 Get your ticket here: http://bit.ly/LOL-Comedy 👈

Loved finally being able to get back to work and do some filming for series 2 of Jerk. Kiefer is back! @lisahammondwhop

Gutted to hear this. Rest in peace, Paul ❤️

Just started this book by the amazing @DrScottMorgan and I'm already fascinated by it! Definitely a recommended read. https://bit.ly/Peter_HB 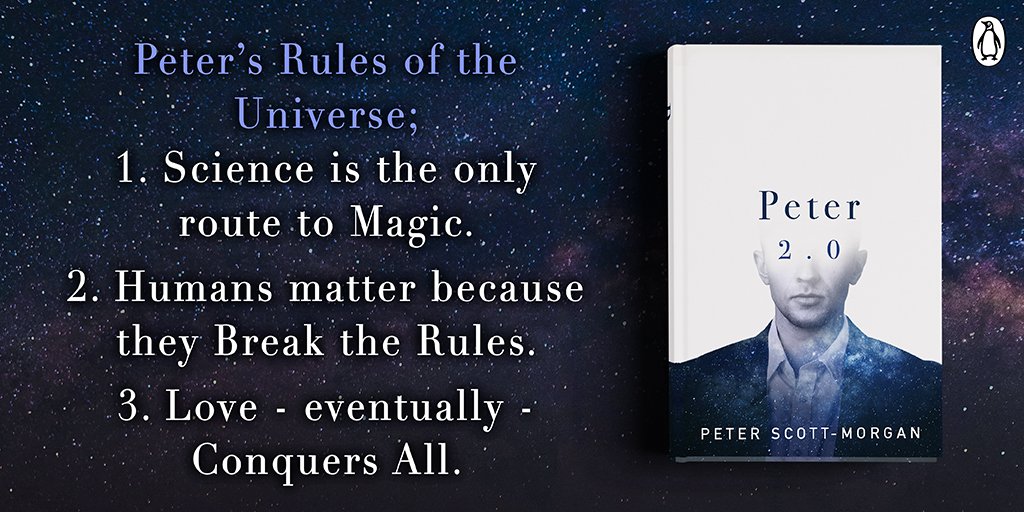 THE FIRST OF YOU’VE FINISHED ‘PETER 2.0’! Thanks for the very kind DMs; they mean a huge amount. A favour? If you LIKE IT, please tell the world or at least your friends! Maybe get some positive reviews out? If you DON’T LIKE IT I’m hoping you can’t be bothered to read this post.

If you don't get cancelled, I'm going to be disappointed....

Just finished writing my rounds for the rap battle against @LostVoiceGuy on Saturday.

I think this is comfortably the most horrible I’ve been to someone I like.

As the Ting Ting’s once sang, that’s not my name...

After listening to almost 500 potential donors from across the Newcastle area, Lee Ridley said @danpyevoiceover's voice was the one he kept coming back to...

Sounds good on you, Lee 👏

Lee Ridley (aka Lost Voice Guy) is getting a new voice, after a competition to find him a genuine Geordie accent for his communication aid: https://bit.ly/2POoQ9O

The @bbciplayer is taking the piss again... ...

Loved finally being able to get back to work and do some filming for series 2 of Jerk. Kiefer is back! ...

Delighted to announce that I've found my Geordie accent! Thanks to @geordievoiceover for lending me his voice, and a shout out to CereProc for making it happen. Read all about it on my website - https://lostvoiceguy.com/2021/03/31/whey-aye-im-gannin-to-be-propa-geordie/ ...

Delighted to be nominated for Celebrity Of The Year at the National Diversity Awards. Vote for me by clicking below! ... See MoreSee Less

Congratulations Lee 👍 I have just voted for you. Good luck 🤞

Is it valid to vote outside of the UK? Sorry if I missed that detail, the text is too small on my phone, esp without glasses

Good luck Lee, you've got a vote from me xx

You got my vote. Good luck

Good luck Lee, you have my vote! xx

The @bbciplayer is taking the piss again... ... See MoreSee Less

Class . Your book is next in line on my reading list 👍👍

I so love your sense of humour xx

Can you sing Lee?

You would think Amanda would change it to benefit you, Lee! Lol.

Your an absolute superstar 🤣😂🤣😂xx

Loved finally being able to get back to work and do some filming for series 2 of Jerk. Kiefer is back! ... See MoreSee Less

Bloody love you I do mate. Could watch you all day 💙

Where can I watch s1? Says unavailable on iPlayer!

Lee your a tall bugga

Very cool. Is guest presenters of the Shipping Forecast a thing? I think I would tune in for a LVG special 😂

You could have asked Ross Noble to do it. That would be confusing! 😂

Can you please say "mind the gap" in your new voice! 👏

Do you know where you misplaced your voice? Can you remember where you were when you last had it? You've probably put it down somewhere and forgotten about it.

Makes it sound like you left your voice on the bus! Lol And since when has a Geordie accent been an accessory?! Lol

Listen just because you dont know where it is doesnt mean you can just up and take Geordies!

Maybe trying to be politically correct? "Misplaced" sounds so much gentler than "Lost". LOL

Did you check under the settee? I'm always finding misplaced things there - normally just little things like socks and tweezers though, my marbles have yet to turn up down there 🤔

Damn careless of you! Have you re-traced your steps?

That’s very PC, it’s not lost...it’s simply misplaced which implies it can still be found... 🤔

It has a ring to it.

Dan you shall now only be known as The geordie accessory, change your name immediately 😜 😂

Brilliant! PC at its best 😀

As a Taffy I can do a fair Geordie me self like!

I think I found the reason...

Have you checked down the back of the sofa?

Delighted to announce that I've found my Geordie accent! Thanks to Dan Pye - Voice Actor for lending me his voice, and a shout out to CereProc for making it happen. Read all about it on my website - lostvoiceguy.com/2021/03/31/whey-aye-im-gannin-to-be-propa-geordie/ ... See MoreSee Less

Thank you so much Lee for choosing my Son, Dan 🤩 Good luck with your new voice 😊 xx

this kind of opens new worlds for you. it would be fab to have a range. you could add impressions to your act. 😁😉 as a Geordie I think I'd get a snnoty posh woman's voice so I would get better service, and not get talked down to in Fenwicks. x

Absolutely brilliant.... that's a right bobby dazzler of a voice, really suits you.🔥🔥

Great news, I’m in New Zealand and am stuck with an English voice too (I also have cerebral palsy)

I'm honestly so happy for you, your Geordie Accent is amazing

Hello，I love your performance very much!!

I love this man, so funny and an inspiration to all

I’m so happy for you. This literally brought a tear to my eye.

Definite approval from your Cambodian fan base (who went into curfew tonight but this gave us a smile).

What a fantastic man is lost voice guy ! But sooooo fantastic he's now got his voice this is brilliant xx

Brilliant! Saw you on The morning programme on BBC1 this morning!

OMG!!!!! This is awesome, and weird and mint and mind blowing! That's Reet canny that Lee!! But that's defo not the Lee I sat hours on the land line to picking at me mams wallpaper all those years ago 😂

Great stuff! Is that the same voice actor from Ability?

Keep it up mate, you really are an inspiration to all. 👍👍👍

That's brilliant! Brought a huge smile to my face. X

Oh Lee it's wonderful I love it! X

I'm sorry I won't be able to understand a word you are saying from now on! 😂

I can do a Scots one for you, if you ever fancy adding impressions to your repertoire! 😂

My 2019 tour show - I'm Only In It For The Parking - is now available on DVD from my website - lostvoiceguy.com/product/parkingdvd/

Watch a clip from it where I reveal what Simon Cowell is really like... www.youtube.com/watch?v=lDjmcVheQP4 ... See MoreSee Less

I think you're brilliant! Loved your book, and as a Christian I would like to say, don't worry I won't pray for you 😘

You are a treasure x absolutely love your comedy 😁

What I loved about this particular act was it wasn’t immediately copied by America or Asia thinks they have talent.

Does it have subtitles?

If I click this link and you and Simon Cowell didn’t end up having sex, I’ll be gutted! Pure clickbait

The amazing Brookeanna Ward is running 31 miles across 31 days to raise money for support dogs, a UK Assistance Dog charity, dedicated to transforming the lives of adults and children affected by Epilepsy, Autism and Disability.

Please sponsor her if you can! ... See MoreSee Less

We miss you!! Can’t wait until we can see you both soon! Will sponsor when I get paid x

Fantastic cause I’ve donated thank you for doing it xx

i met you at latitude festival

Read my interview with the Metro on your lunch break or something.... ... See MoreSee Less

"Only in it for the parking" 😆

Simon might mistake you for one of those automated messages 😂😂😂😂 - brilliant

Great interview! Thanks for sharing!

I thought you and Simon were just friends! Didn't know you are in a relationship! ❤️❤️