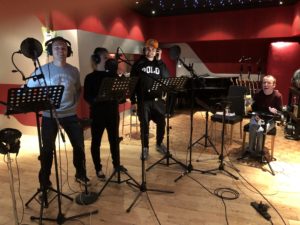 The exciting news is that my BBC Radio 4 sitcom - Ability -  started last week and you can listen to it throughout May on Wednesdays at 11.30am. You can also catch up with it on the BBC iPlayer.

For those of you who don't know, Ability is about a disabled guy who can be a bit of a dick at times. So, obviously it's totally fictional and not based on myself at all! It follows the life of Matt (who uses a communication device to speak with....again purely coincidental!). He has recently moved out of home to live with his best mate, Jess, and also has a very dodgy carer called Bob, who visits him every day. What possibly could go wrong?!

The first episode aired last week and the response to Ability has been really good so far. It’s always hard to gauge whether other people will like it or not when you’re writing something, and usually I can try stuff out at my gigs almost straight away. But for my sitcom, I had to wait a few months for it to be broadcast, so that was a new experience for me. I’m just very happy that people enjoyed listening to it as much as I enjoyed writing it.

If you had told me when I started doing comedy back in February 2012 that I would ever have a series of my own on Radio 4, I think I would have laughed in your face. I've listened to so much great comedy on Radio 4 over the years and it's where some of my idols, such as the League Of Gentlemen, first got their break. So to be following in the footsteps of people like that is an amazing feeling.

It was a pleasure to work on the series because of a great writing and production team as well as a top cast. Thanks to my amazing writing partner, Katherine Jakeways, my very talented producer, Jane Berthoud and everyone else who has worked on Ability. I've been lucky to work with some very talented people, and thanks to the BBC for having faith in me.

Enjoy listening to it!

Loving the reboot of Fantasy Football League, brought back so many memories of the original. Nice work @RealMattLucas and @elisjames

I’m a ten but my pillow talk will always make it sound like you’re sleeping with Siri.

Actors , artists , directors in the north and south if you want to be a mentor to someone curious to get into working in the arts that would be ace we need this now more than ever Art for all please consider signing up u wouldn’t regret it x rt plse https://twitter.com/ArtsEmergency/status/1567448807809458183

Want to change the future of the cultural and creative industries for the better? Sign up now to help a young person without connections take their first steps towards a dream career!

Following the success of his first event in June, Britain’s Got Talent winner Lost Voice Guy will again by ...

Come along and have a laugh on Sat 8th October at the next @LostVoiceGuy comedy showcase at @GoCivTheatre. Featuring @bgt winner @joncourtenay, @FreddyQuinne and @sammytdobson. Plus it's BSL interpreted by @FayeAlvi. Get your tickets https://www.gosforthcivictheatre.co.uk/lost-voice-guy-comedy-showcase-oct-22

Rafa and Roger after watching Marley and Me

The ball is in your court, King Charles.

Join the rebellion! Our team of world-class experts from across the planet donate their time and expertise to reimagine the future of extreme disability! Take 5 minutes to complete the form and get involved. Together, we mean to change everything...
https://forms.office.com/r/JVYCyFS1q7

Looking forward to seeing you all for some Christmas cheer! 🎄

🎄 @LostVoiceGuy's Christmas Comedy Club is back this year on @ITV!

🎄 @LostVoiceGuy's Christmas Comedy Club is back this year on @ITV!

Lost Voice Guy is to host a second Christmas stand-up special on ITV.

Thought this would be easier than walking…

See you at Christmas! 🎅 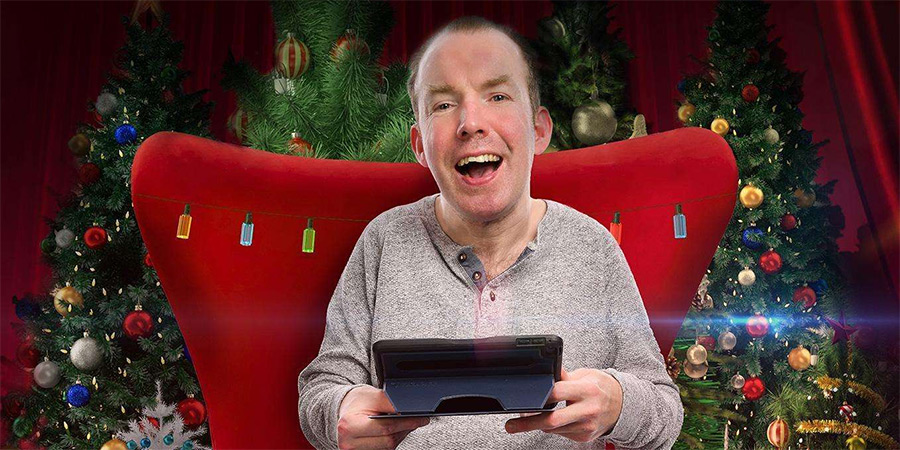 Tickets are only £8 and it's an absolute thunderbastard of a bill.

Lost Voice Guy and Friends: Charity Fundraiser for US Active 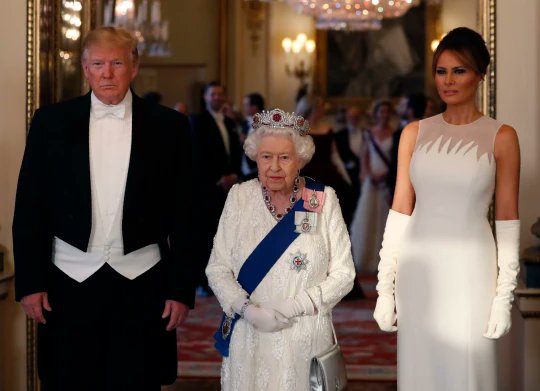 In 2018, the monarch made a sly dig at then-US President Donald Trump.

The Queen proudly wore a brooch personally given to her from former president Barack Obama and his wife Michelle on the day Trump arrived in the UK.

Let’s also remember the wholesome clip of the Queen seeing some cows.

Thank you Ma’am, for everything.

Had a great time performing at Smile For A Night this weekend. Raising lots of much needed money for @smileforlifechildrenscharity ...

We're super excited to be bringing @bgt winner @joncourtenay to the @lvgcomedyshowcase at @gocivtheatre on Saturday 8th October. A line up that also features @freddyquinne and @sammytinks, with the amazing @fayealvi as your BSL interpreter for the evening. Get your tickets via the link in the bio! @lostvoiceguy ...

Lost Voice Guy’s News At Whenever. All the news you didn’t need to know! ...

Hahahaha 😂😂😂 I’m laughing so much at this. Siri, please turn off parental controls. Lol

Now I'm imagining mixing the voices up a bit 😀

It could be worse, it could be like sleeping with Alexa 🤣

In the distant days when I was married, I once made my husband get up for a shave. He’d been away for a couple of weeks and come back with a beard. I suddenly felt like I was sleeping with Kenny Rogers

I wouldn't mind it that much, to be honest. There are times when a robotic voice can be hot. My problem would be if my boyfriend chose to let go of me to reach for a device to say something that would turn me off during cuddling. Seems like a waste of time to me, especially since he can already talk without one...

I'm loving the geordie accent. Full of admiration for all that you have achieved so far. Onwards and upwards young sir. P.s Don't you miss the posh accent?! 🙂

Love it, you've made me laugh on a down day, Thankyou, xx

Hold on… you have a Jordy accent now don’t you?

Is this really you I'm such a fan? I'm Sue in a powerchair ❤️

I wonder if there's a sexy or sultry voice on the machine....

You are too good buddy 😀😀

Good one hahaha love it

Looking forward to seeing you tonight at the Feeding Families gala dinner!

Thought you might find this funny Lee 🤣 Hope it doesn’t offend!

Had a great time performing at Smile For A Night this weekend. Raising lots of much needed money for @smileforlifechildrenscharity ... See MoreSee Less

I'd like a Tshirt with a slogan to tell people that I'm a cr***le and not an imbecile.

Glad to see you enjoying yourself, keep up the good work for charity

You make me smile. I hope you come to Jersey some time soon xx

It was a brilliant show xx

Come to Cornwall or Plymouth as i moved down here early August. Need a night of comedy.

I was there last night you was brill ❤

If I was into betting would it be a dead cert to bet on a horse called Tombs?

My son who is disabled came to see you in high wycombe he loved your show are you coming back this year Lost Voice Guy ?? He would loved to see you again.

Is this a silent event 🤣😝

Shared on my Facebook page disabled and unique x

And what a smile you bring to the world... thank you

Had a great time at my mate Paula’s wedding a few weeks ago! I wish her and David all the best for the future ❤️ ... See MoreSee Less

Lost Voice Guy ~ YOU TRULY ARE A FUNNY INTELLIGENT “INSPIRATIONAL” GUY & WE SINCERELY SALUTE YOU….. 🙌 & ✊ & HOW LUCKY THE HAPPY COUPLE ARE TO HAVE UR FRIENDSHIP ~ BLESSINGS ALL ROUND ❣️💕💕💕 ~ T&T

How beautiful and you look so handsome and smart, Lee. Bless you. Congratukatiobs too, to your very beautiful friend. Beautiful photos all round.. xX

Congratulations 🎉🎈🎊 what a wonderful picture

Awww Love this ❤️ congratulations to the happy couple

You absolute legend fella, hope your staying safe, and congrats to the couple

I’m glad you had a good time, you’re a proper ladies man, they’ll be lining the street before long… and I hope your friends have a long and blissful marriage.

Shame you weren't David's best man, would of loved to hear that speech. Please send them my best wishes & congratulations for a great future together.

Looks a great wedding. Glad you enjoyed it

Ahh what a great picture & the bride looked amazing!!

Aww for a minute then I thought you'd got married. Congrats to the happy couple

Congratulations to your friends. The bride looks beautiful x

Just seeing your face smiling makes me happy. You are contagious ❤️

Great photos mate and congratulations to your friends wedding

What a great picture!! Looks like a wonderful day.

Congratulations to you Both

Beautiful photos. Congratulations to your friends

Just under a month to go until the next Lost Voice Guy comedy showcase at Gosforth Civic Theatre. Featuring Britain's Got Talent winner Jon Courtenay, Freddy Quinne and Sammy Dobson. Plus it's BSL interpreted! Get your tickets at www.gosforthcivictheatre.co.uk/lost-voice-guy-comedy-showcase-oct-22 ... See MoreSee Less

Shout out to the dream team at Andrew Roach T and @gagreflexmanagement for giving me the best time at #edfringe ❤️ ... See MoreSee Less

Swear I saw u in kingslynn Matalan car park today

And just like that my Edinburgh Fringe is over! It’s certainly been an interesting one in terms of varying audience numbers, and that’s the case for most people I’ve spoken to. Above all though, it’s been lovely to be back at the Fringe. Edinburgh is such a special place when it’s on, and I’m glad I could be part of it again. Thanks to everyone who came to my show, you’re all legends! #edfringe ... See MoreSee Less

We all loved getting to know you and laughing with you Lee. Safe travels home and haste ye back!

Glad you had a great time at the fringe I'd love to go one day but I have four cats. Maybe one day when my mate is off tag I can get him to sit in and feed the cats a while so I can have a couple of nights away

Love this guy he makes me smile stay safe

I had the best time meeting you

Saw you when we were dashing for a bus & didn’t get chance to say hello.

I love how self effacing you are. I only use a stick to walk - if you can call it that - I look like a drunk Weeble (Weebles wobble but they don’t fall down). If you can’t laugh at yourself…..

Are you coming to Edinburgh fringe next year?

You are a fabulous inspiration to all the lovely friends and family that are so special to me that I’m honoured to be enjoying life with.